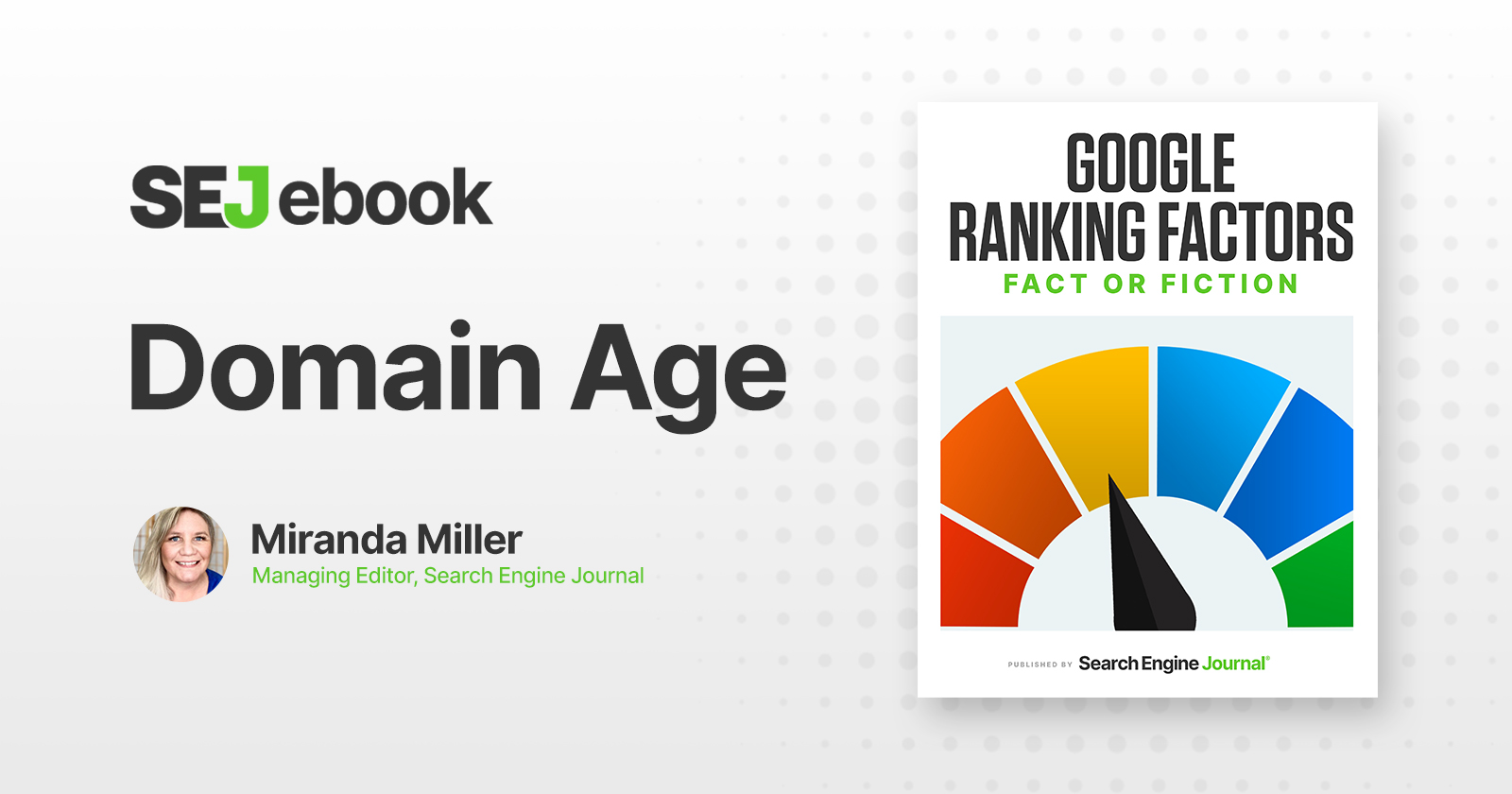 Does Google favor older, established domains in its search results?

Does buying a brand new domain name put you at an SEO disadvantage?

These are just a couple of the questions surrounding domain age as a ranking factor – a topic that has been hotly contested and debated during the past two decades.

We know that Google at least considered it as part of a document scoring algorithm at one point in time.

Read on to learn whether domain age is really a Google search ranking factor.

The Claim: Domain Age As A Ranking Factor

The claim here is twofold:

Let’s say you registered two domains, one in 2010 and the other in 2020. Until three months ago, you never published a piece of content on either site.

That means Google will consider the 2010 domain “stronger” – simply because it was registered more than 10 years prior to the second site, and it should have an easier time ranking.

Does that seem logical?

The Evidence For Domain Age As A Ranking Factor

Back in 2007, some folks in SEO believed domain age to be one of the top 10 most important ranking factors.

More recently, some have pointed to this Matt Cutts video as “proof” domain age is a Google ranking factor.

Because in it, Cutts said: “The difference between a domain that’s six months old versus one-year-old is really not that big at all.”

To some, this makes it sound like Google uses domain age as a ranking signal – although perhaps not a very important one.

The Evidence Against Domain Age As A Ranking Factor

And here’s what else Cutts actually said:

Even then, he stated,

A 2005 patent application called “Information retrieval based on historical data” by Matt Cutts, Paul Haahr, and several others gives us a bit more insight into how Google perceived these domain signals at the time.

The patent outlined a method of identifying a document and assigning it a score composed of different types of data about its history.

There’s a lot more, but already you can see this patent was never only about domain age.

There are elements of links and content quality/freshness in here, too.

Domain age may have been a factor back then. But there’s no clear evidence it was a direct ranking factor so much as a weak signal inside of a more comprehensive document history score (and that was/maybe still is the ranking factor… maybe).

In any case, John Mueller has been clear on this one: Domain Age As A Ranking Factor: Our Verdict

Google has said domain age is not a ranking factor – and we have no reason to doubt them on this one.

How long you register your domain doesn’t matter to Google’s search algorithm.

Buying old domains won’t help you rank faster or higher. In fact, you could inherit junk links or other negative associations that could hurt your SEO efforts.

But again, that’s not purely because of the age – it’s what happened to that domain during those years.

Bottom line: Google does not use domain age as a direct search ranking signal.

How to Implement the 4 Ps of Marketing

How To Do Local SEO for Large Enterprises

A Complete Guide To Product-Led Content Strategy (With Examples)