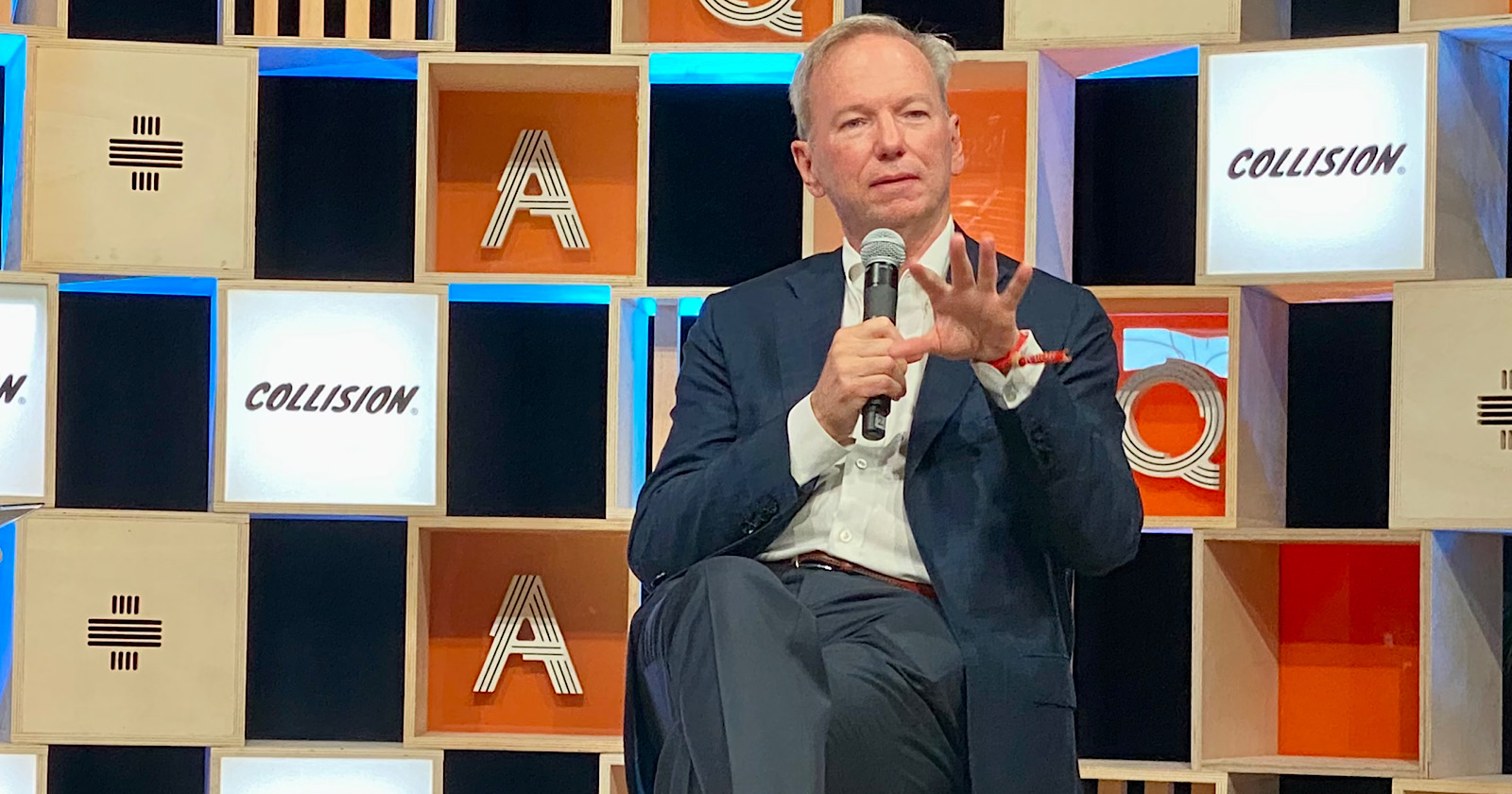 Former Google CEO Eric Schmidt shares details about the “brutal” review process employees had to go through when pitching ideas for new products.

During a Q&A session at the Collision conference in Toronto, Schmidt was asked about his approach to forecasting futures and whether he uses a bottom-up or top-down approach.

Collision is a conference geared toward startups and investors, so the questions asked were all within that realm.

One question prompted Schmidt to drop some interesting tidbits about Google and what it took for employees to get their ideas off the ground while he was CEO.

Google popularized offering time to work on side projects as an employee benefit — known as the 20% Project. Several of those projects became top products like Gmail, AdSense, and Google News.

Schmidt revealed his approach to managing the 20% Project and how it differed from how he explained it while working for Google. Responding to the question about forecasting, Schmidt spoke about the approach he and co-founders Larry Page and Sergey Brin took during his time at Google.

Publicly, Schmidt always stated Google took a bottom-up approach to managing the 20% project. Meaning it was a collaborative effort in deciding what steps to take with new product ideas.

However, Schmidt says at Collision that company leaders were more involved than previously stated.

It wasn’t a team decision that allowed projects to advance to the next level. The decision was determined through a “brutal” review process from management.

“When I was running Google, I would always explain how we did it. It was completely bottoms up. You had 20% time where teams could assemble, and people could follow their passion. These were brilliant people, the highest talent.

I would not tell you the rest of the story — and the rest is that Larry [Page], Sergey [Brin], and I would review these things, and these reviews were brutal.

To build a systemic innovation culture, which is what I think we’re talking about here, you need to have both bottoms up and tops down.”

Schmidt explains the benefits of combining bottoms up and tops down decision-making, saying both are needed to succeed in the next 10-20 years.

“The bottoms-up is where the creative ideas come from, and the top-down organizaes and systematizes the decision-making. If you do both, you will win big in the next 10-20 years.

Schmidt’s statement at Collision is in line with what Google employees said about the project in the past.

In 2010, a Google employee published a thread on Quora saying the project was “ineffective” due to the multiple levels of approval needed to launch anything.

“There is a colossal amount of overhead involved in launching anything. The number of approvals (both technical and product) needed for the smallest of launches is overwhelming. For example, you’ll need to have your service live in multiple data centers from day one, because Google has extremely frequent planned maintenance. There are some tools to help you, but you’ve got to do a ton of leg work.”

Google’s 20% Project was in place before the company went public in 2004 and was discontinued in 2013.

A former Google employee blamed the death of the 20% policy on how it was run by management, citing an obsession with efficiency and productivity. Again, that lines up with Schmidt’s statement at Collision.

In 2016, Google revived its concept of 20% project time in the form of the Area 120 incubator. Though it spawned over 50 projects, none reached the same level of success as Gmail and AdSense.

A Copywriter’s Guide to Writing for Semantic SEO

How to Use Podcasts for Link Building