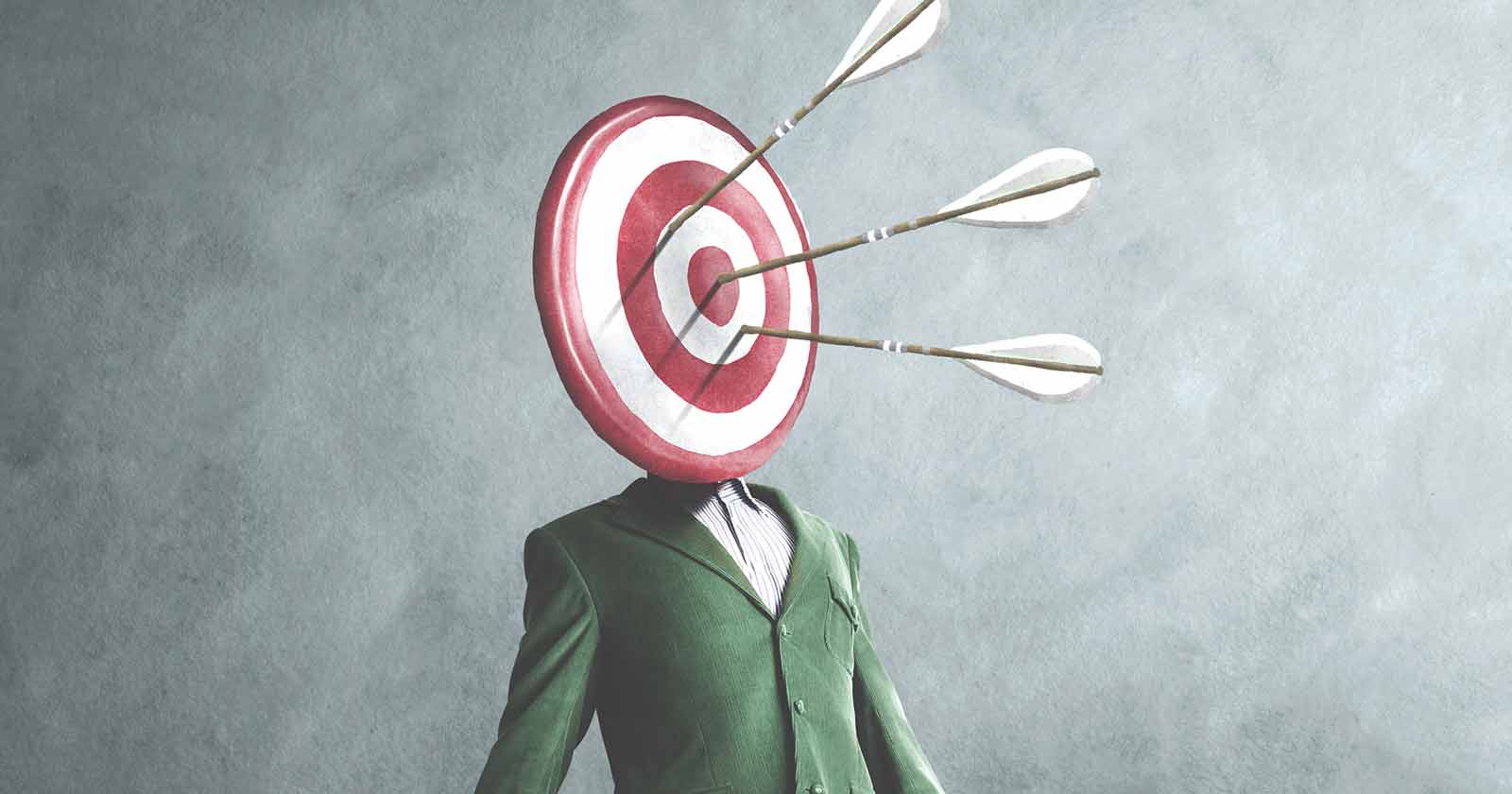 Google recently released a spam update. Judging by how Google released several spam updates in a row followed by a core update this past summer, it would not be surprising if a core update is in the works, especially since the holiday shopping season is around the corner and Google has a history of releasing updates around that time of year.  After experiencing Google updates for over twenty years, one advice is still the same and that’s to wait a bit before panicking. These are the reasons why.

Life Cycle of a Google Update

A life cycle for a Google update could be said to be the introduction of a new algorithm, modifications to improve it, eventual obsolescence and then replacement.

The improvements to the update usually begin shortly after the update is released and issues are identified. This article links to a Google video to confirm that algorithms have been updated.

This article is mostly concerned with what happens after the update launches and a website loses rankings.

Waiting for the Update to Settle Down

It seems that almost every Google update gets rolled back a little bit, sometimes within the space of days as if the different parts are added in unevenly across data centers.

Sometimes the search results immediately after an update announcement is rolled back within a few days for some sectors of the web while they stay the same in others.

There are some algorithm updates that affect the search results in a profound way, like the Medic update from 2018 and the BERT update most recently.

John Mueller recently said that core updates in general are about relevance and overall quality and those could be the introduction of new algorithms or the same algorithms but faster or improved.

There are many Google research papers that are about relevance but also about new ways for machines to learn and to improve (relatively) older algorithms like BERT.

But every time something new is introduced, that no matter how much testing is done that there will be unintended consequences when sites that should not have lost rankings regain their rankings.

Sometimes this happens sooner. Sometimes a site has to wait until the next Google core update.

Sites that should not have lost rankings are called false positives and sometimes also referred to as collateral damage.

In Google’s early days the search index was updated on a monthly basis. Each month Google would add in the data from the previous months crawl and recalculate the rankings.

This is when publishers would find out if the changes to title tags, links and content helped their rankings.

It was actually kind of fun to share notes with other publishers about what seemingly worked.

Here’s a WebmasterWorld monthly Google update post from 2002 where I comment about a poorly designed website that had popped to the top of the search results and then mentioned about how the search results will settle down in a short time.

“The number one serp for a term I follow is so far dominated by an awful FP 4.0 page that isn’t in dmoz, and has no PR.

I’ve never seen it before. This is a poor result (Goodness, this is an awful amateur web site) that makes the serp look shameful.

I will, however, wait until the dance is over before I start to foam at the mouth. These things usually look weird until they’re settled.”

There is a long history of Google dialing back whatever was changed.

A Hypothetical Example of Collateral Damage in Search

Let’s say they make a change to better identify what users mean when they make an ambiguous search query, and they do that with natural language processing that understands what context means from various external documents (a hypothetical thought experiment).

They test it and it works. The quality raters give it a thumbs up and the various algorithms are queued up for release.

So then they roll that out in a core update.

And then the false positives happen where some high quality sites will be pushed down in the search results because other less deserving sites got pushed up.

It’s not that the high quality sites were demoted. It was that other sites were promoted unintentionally.

This viewpoint about not being demoted is super important to remember.

Just because a site lost rankings does not mean it was demoted or targeted.

In the past Google engineers took reports of quality sites that lost rankings that should not have suffered.

For example, in a YouTube video Google engineer Matt Cutts in 2013 offered a rare look behind the scenes about how an update is refined and tuned after it rolls out.

Matt also remarks in the video about side effects caused by the recently released algorithm and how they were going to take steps to fix those as well.

“We’ve also been looking at Panda and seeing if we can find some additional signals (and we think we got some) to help refine things for the sites that are kind of in the border zone, in the gray area a little bit.

And so if we can soften the effect a little bit for those sites that we believe have got some additional signals of quality, then that will help sites that might have previously been affected to some degree by Panda.

We also heard a lot of feedback from people about Okay if I go down three pages deep I’ll see a cluster of several results all from one domain.

And we’re looking at a change which might deploy which would basically say, once you’ve seen a cluster of results from one site then you’d be less likely to see more results from that site as you go deeper into the next pages of Google search results.”

Going back to the hypothetical example, maybe Google figures out that the new natural language processing they added might favor a certain kind of low quality site and when they add an additional signal this fixes the search results.

Mistakes in Artificial Intelligence (AI) happen. Facebook had to apologize in September 2021 when their AI labeled black men as apes.

According the news report:

“Facebook users who watched a newspaper video featuring black men were asked if they wanted to “keep seeing videos about primates” by an artificial-intelligence recommendation system.”

Algorithms are not perfect and it shouldn’t be a surprise if any core update or spam update makes a mistake and Google has to dial it back. It’s almost a given, in my opinion.

Always take what people say online with a grain of salt. Coincidences are sometimes mistaken for proof.

For example, one SEO told me that they filed a disavow for a customer hit by a core update and that within days their site recovered.

So don’t automatically believe what people say is happening after a core update, especially if it cannot be cross-referenced as a significant trend.

In general, Google updates don’t specifically target niches. There are exceptions of course, like the 2021 Product Reviews Update.

And even when a trend is identified, like when health related sites seemed to be suffering the most from an update, do not ever take that to mean that Google is “targeting” a specific niche, that’s not how updates work.

In the medic case, Google had updated how it understands queries and content and that profound change was most visible in medical search queries more than other areas.

So rather than incorrectly deduce that Google was “targeting” a niche the better way to examine that particular update was to ask, why is it that medical sites are more sensitive to what was changed?

John Mueller recently said that a site whose rankings were impacted by a core update won’t find a solution by disavowing random links or fixing technical issues like 404 errors.

He said that was the case because core updates revolve around relevance and overall site quality.

The way I generally approach solving a core update ranking issue is thinking about how relevance or quality might play a role.

What do people mean when they ask a query? That’s something that tends to change in an update.

Rankings Dropped. What Next?

I’m going to circle back to where we started, which is that updates seem to be dialed back sometimes. Sometimes they are dialed back a little bit within days, perhaps while they’re tuning it to fix mistakes. Sometimes it’s dialed back in the next update.

Google has begun announcing when an update has finished rolling out. If the rankings have changed and not returned then that’s a good time to take a hard look at overall quality and relevance.

What To Focus On This Year

How Review Management Is a Critical Part of Local SEO Success

The Importance of a Digital Marketing Plan for Local Companies

An Introduction To Python & Machine Learning For Technical SEO

WordPress All In One SEO Plugin Integrates Microsoft Clarity