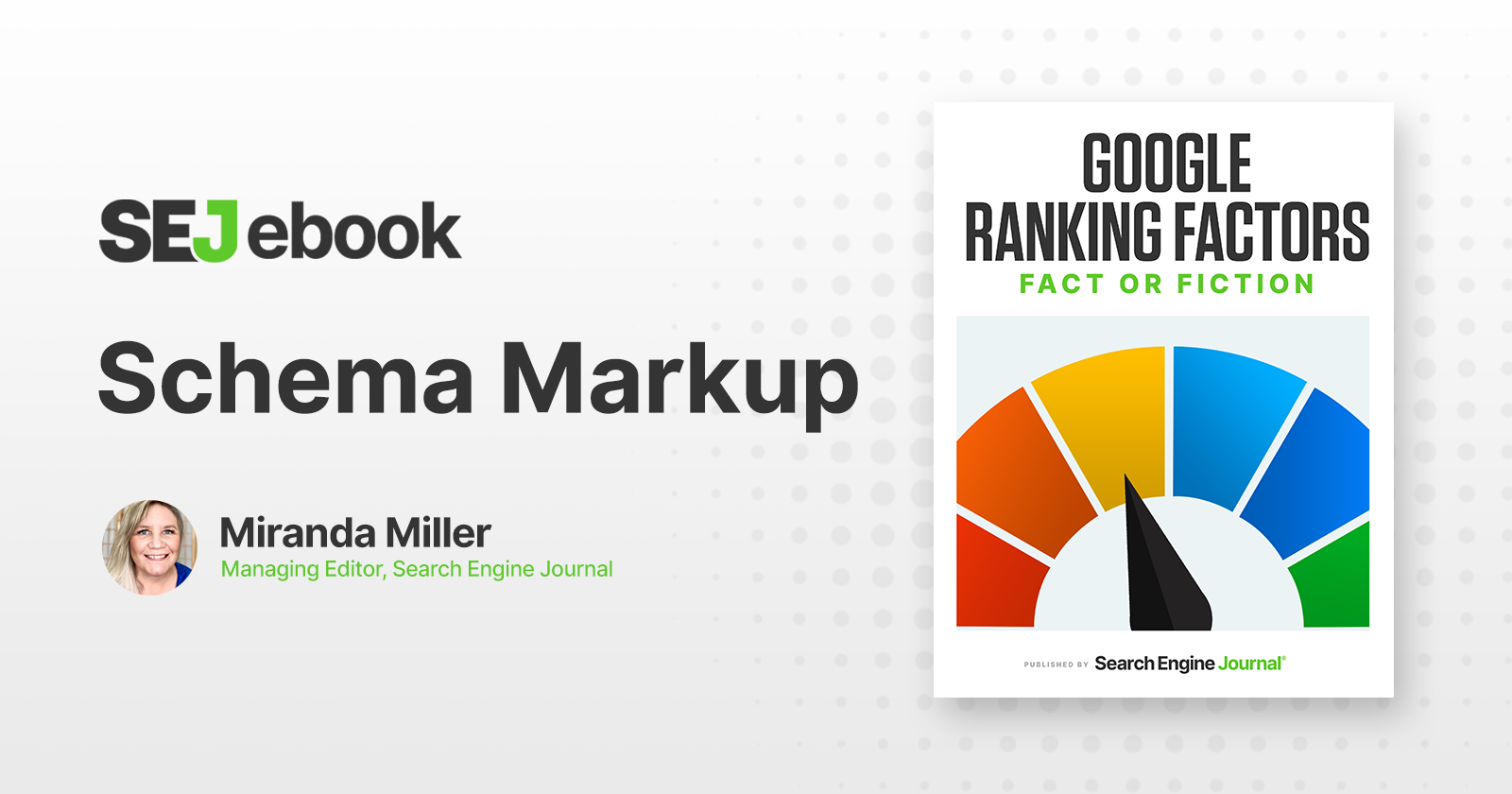 Schema markup is a type of microdata that creates an enhanced description Google might use in search results as a rich snippet.

In essence, it’s a shared vocabulary that enables search engines including Google, Bing, and Yandex to better understand the content on any given webpage.

The ability for search engines to understand the content on your page is integral to its ability to match it to a relevant query.

So is schema a ranking factor?

The Claim: Schema Is A Ranking Factor

Early in 2018, Roger Montti wrote about an update to Google’s “Introduction to Structured Data” resource:

In case you’re curious, that help resource of Google’s on how structured data works has changed again just slightly — here’s what it says today:

“Google Search works hard to understand the content of a page. You can help us by providing explicit clues about the meaning of a page to Google by including structured data on the page.”

Now, Google says “you can help us” by using structured data.

The consensus among SEO professionals had long been that while schema was useful, it was not a ranking factor.

However, the above edit had SEO professionals wondering in 2017 what had changed to warrant updating the text.

The Evidence For Schema As A Ranking Factor

Schema.org explains why schema is important to search engines:

“Your web pages have an underlying meaning that people understand when they read the web pages. But search engines have a limited understanding of what is being discussed on those pages.

By adding additional tags to the HTML of your web pages—tags that say, ‘Hey search engine, this information describes this specific movie, or place, or person, or video’—you can help search engines and other applications better understand your content and display it in a useful, relevant way.”

A case study published by Google itself shares the schema success story of Rakuten, who increased traffic from search engines by 2.7 times after “collaborating with Google Search in 2017 to make their structured data even more useful.”

More recently a 2020 experiment by Dixon Jones found that over the course of a month, twice as many sites with schema applied gained rankings than lost rankings.

He also found that pages with rich content benefitted far more than others.

The Evidence Against Schema As A Ranking Factor

“…add structure data to your pages because during indexing, we will be able to better understand what your site is about.”

“It will help us understand your pages better, and indirectly, it leads to better ranks in some sense, because we can rank easier.”

Illyes is clear here that the ranking benefit of using schema is indirect.

It makes ranking easier when Google has a better understanding of which entities appear on the page and what they’re about.

Google’s John Mueller reaffirmed that schema is not a ranking factor in a tweeted response to a question in 2018, in which SD = structured data: So simply using schema markup doesn’t give you a ranking boost.

The next question is, does using schema make your site more technically sound and help with rankings that way?

“On the one hand, we do use structured data to better understand the entities on the page and to find out where that page is more relevant. But that doesn’t mean that just because people are doing things in a technically correct way on the website that the page is a better page than it would be otherwise.

We will try to use it (schema) to show it (your page) in more relevant search results that would perhaps bring more users to your pages that actually match the topics of your pages.

But it doesn’t mean that we would show it to more users or that it would rank better.”

So much for that idea.

Neither of these factors tell Google the page has more value to the user.

In 2020, Danny Sullivan, Google’s Search Liaison, said structured data was optional, adding that it has “no impact on ranking in web search.”

Schema As A Ranking Factor: Our Verdict

Schema does exactly what Google said it would in its 2011 Schema.org launch announcement: It improves how sites appear in major search engines.

There is no evidence it’s used by Google to determine search rankings, but those are all good things.

Anything you can do to help Google better understand why your page is the best answer to a relevant query is certainly going to help support your SEO goals.