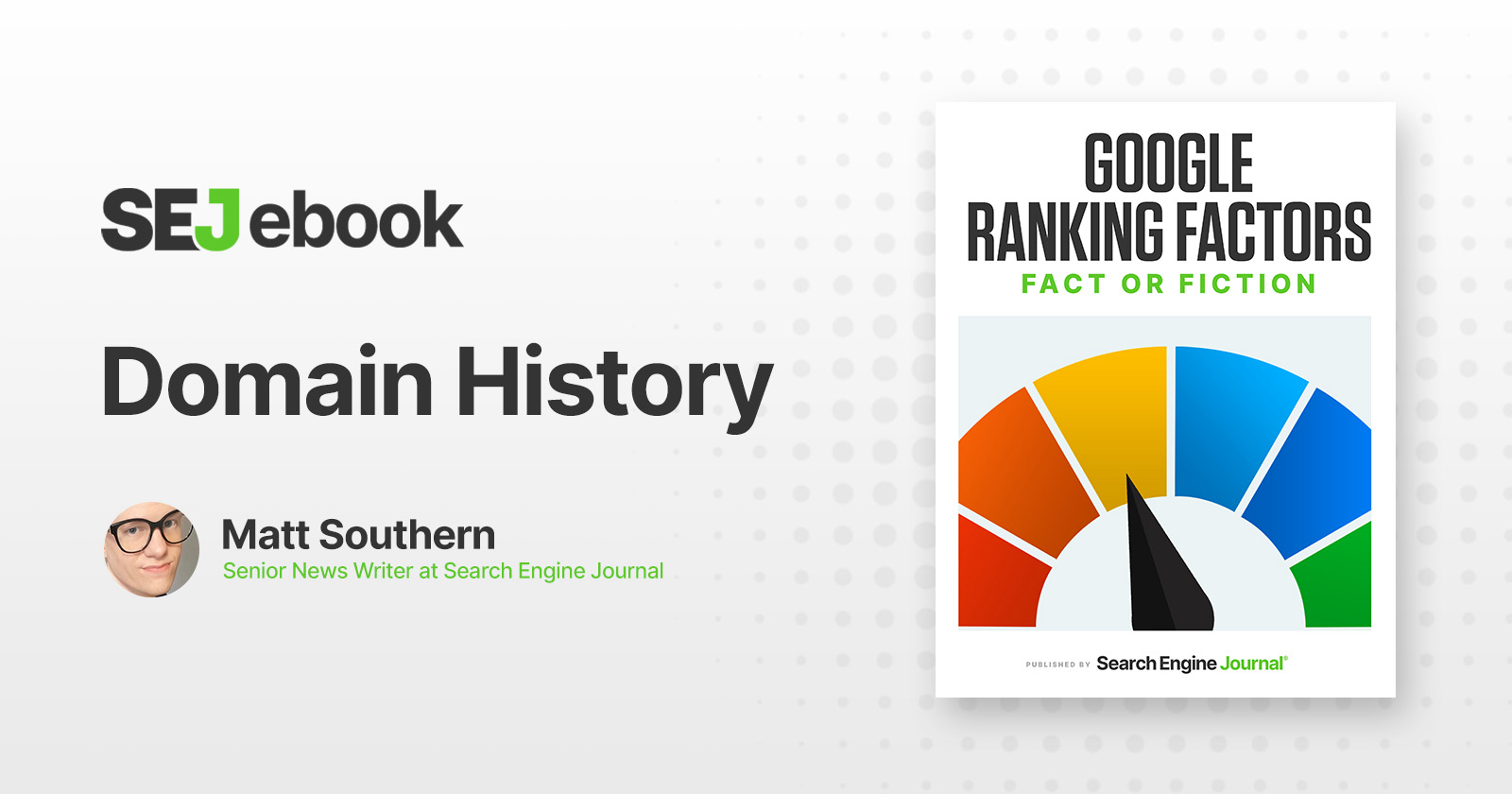 Unless you’re lucky enough to register a domain name no one has thought of before, chances are a domain registered today will have a history attached to it.

Is there any reason for the new owner of a domain to be concerned with what the previous owner(s) did with it?

Yes, a domain’s history does matter, even after ownership changes hands and it gets repurposed into a new site.

The truth is, domain history matters more than site owners may think. Unfortunately some don’t learn that until it’s too late.

Read on to learn more about the claims regarding domain history as a ranking factor, then we’ll look at the supporting evidence from Google.

The Claim: Domain History Is A Ranking Factor

Domains can potentially have many different and varying uses throughout their lifetime.

A domain name that’s being used by a legitimate business today may have previously been used by a payday loan website, or a piracy site, or any other type of website that Google frowns upon.

Despite the website itself being new, domain history is said to be a factor for Google’s search results in the present day.

That means a new website could be held back in Google search before it even has a chance to rank.

Is this a genuine concern? Or is it all theoretical?

Here’s what the evidence says.

The Evidence: Domain History As A Ranking Factor

Google has addressed the topic of domain history and its impact on rankings on a number of occasions.

It’s consistently stated that how a domain was used in the past can be a factor in how Google treats it today.

The impact can range from moderate to severe. The most severe issue a site owner could run into is acquiring a domain with a history of unresolved manual actions.

Google’s manual actions don’t go away on their own, even after the previous owner sells the domain or lets the registration lapse.

If the penalties aren’t dealt with, the domain’s next owner may find their website demoted or deindexed right out of the gate.

This issue is discussed in a video with former Googler Matt Cutts, who recommended researching a domain before purchasing it.

A site owner can immediately find out if their domain has a manual action against it by checking the manual action report in Google Search Console.

That’s the worst case scenario. But it’s only a temporary setback as all manual actions can be resolved.

In other cases, a domain may not have a penalty associated with it, but still have a negative history with Google.

In those cases, the site may still be impacted in search results. Google’s John Mueller says that’s an issue that will resolve itself over time.

A domain with a brief history of bad activity is not a cause for concern, according to Mueller. If the negative history dates back 10 years or more that may be more difficult to recover from.

The history of any domain can be looked up at Archive.org.

Domain History As A Ranking Factor: Our Verdict

Domain history is pretty much confirmed to be a ranking factor.

That’s why Google advises you to do your due diligence and research how a domain was previously used before acquiring it.

The impact of poor domain history varies in severity, with the most harmful being an unresolved Google manual action leading to deindexation.

In most cases, unless the poor history went on for a decade or more, a new website can rise above its domain’s problematic past and rank on its own merits.

How To Create An Effective SMB Marketing Strategy

How To Migrate A WordPress Site From One Host To Another