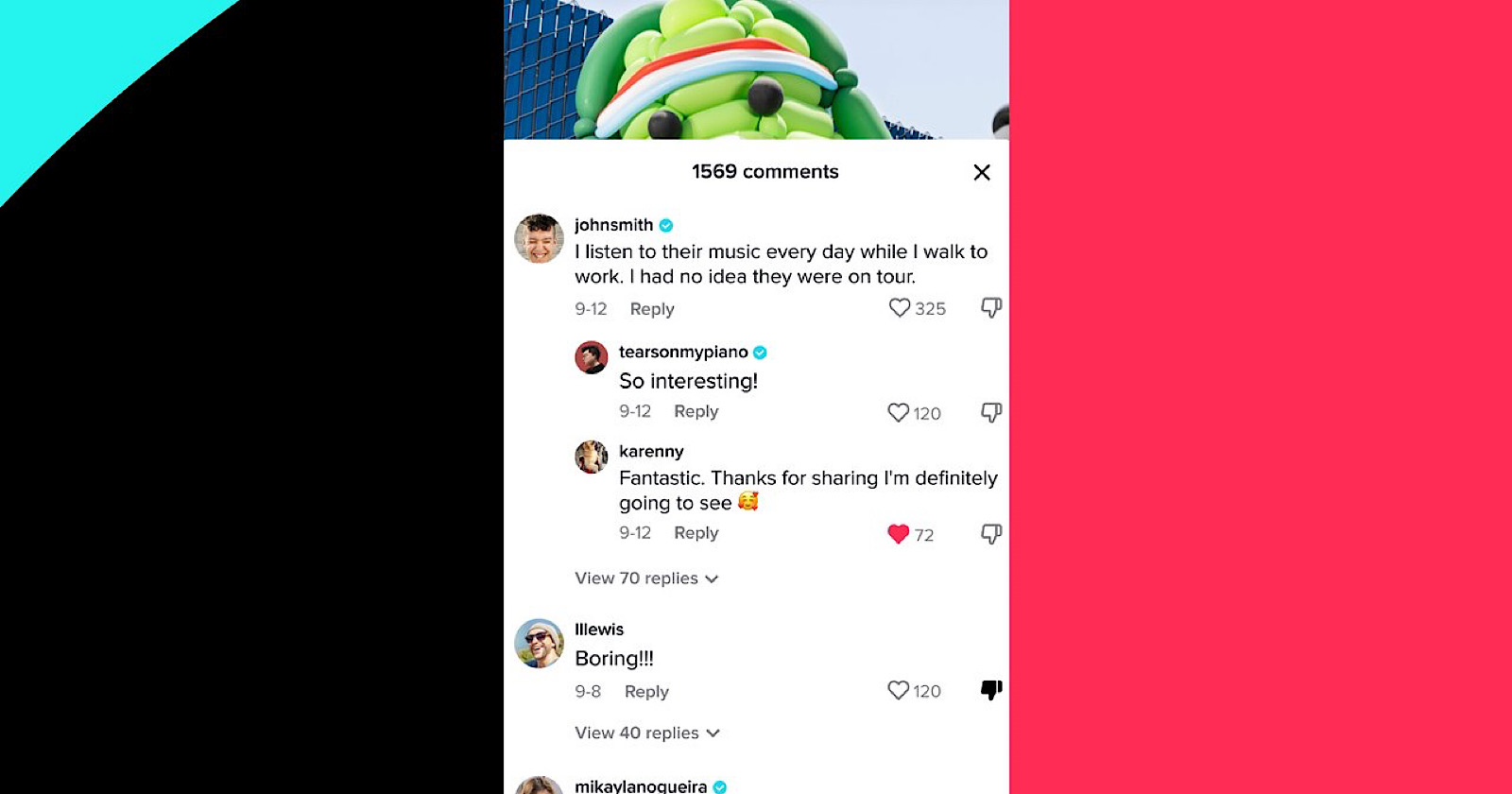 TikTok is rolling out a downvote button, allowing users to flag irrelevant or inappropriate comments.

The launch of comment downvotes follows a test that TikTok ran throughout the summer.

TikTok announced in April it was exploring ways to proactively remove abusive and hateful content or behavior that violates its community guidelines.

One of the features born from this test period is the downvote button, which gives the TikTok community a way to moderate itself.

Rolling out globally, the downvote button appears underneath comments next to the like button. It looks like a thumbs-down icon, as seen in the example below. A downvote button feels self-explanatory, but TikTok’s implementation of it doesn’t function as you may expect.

TikTok confirms total dislike counts aren’t being made public, which is why you don’t see a number next to the icon.

From the sounds of it, only TikTok’s moderation team will know how many downvotes a comment receives.

Further, the downvote button doesn’t impact a comment’s like count. It’s more of a way to send feedback to TikTok moderators.

In an announcement, TikTok explains what it aims to accomplish with its downvote button:

“We’ve created it as a new way to hear feedback directly from our community. This allows us to better identify irrelevant or inappropriate comments, which helps us foster a comment section for genuine and authentic interactions.

Our main priority with this feature is to create a better experience for our community. With this in mind, the total number of dislikes a comment has will not be shown and people can take back their feedback by tapping again whenever they like.”

In practice, the downvote button may have a similar effect as Reddit’s, depending on how long it takes for TikTok to take action on a flagged comment.

TikTok’s implementation has the potential for more diplomatic resolutions, considering the moderation team has the final say.

I mean that downvoting a top comment isn’t likely to get it removed unless it’s abusive or violates TikTok’s community guidelines.

Downvoting a comment because you disagree with what’s said or don’t like the person who posted it won’t impact visibility the same way it would on Reddit.

Will any of this create a meaningful change to the discourse in the TikTok comment section? Only time will tell on that one.

How To Use Paid Search & Social Ads For Promoting Events

Does Google Have A Problem With Big Robots.txt Files?

How to Build Effective Location Pages