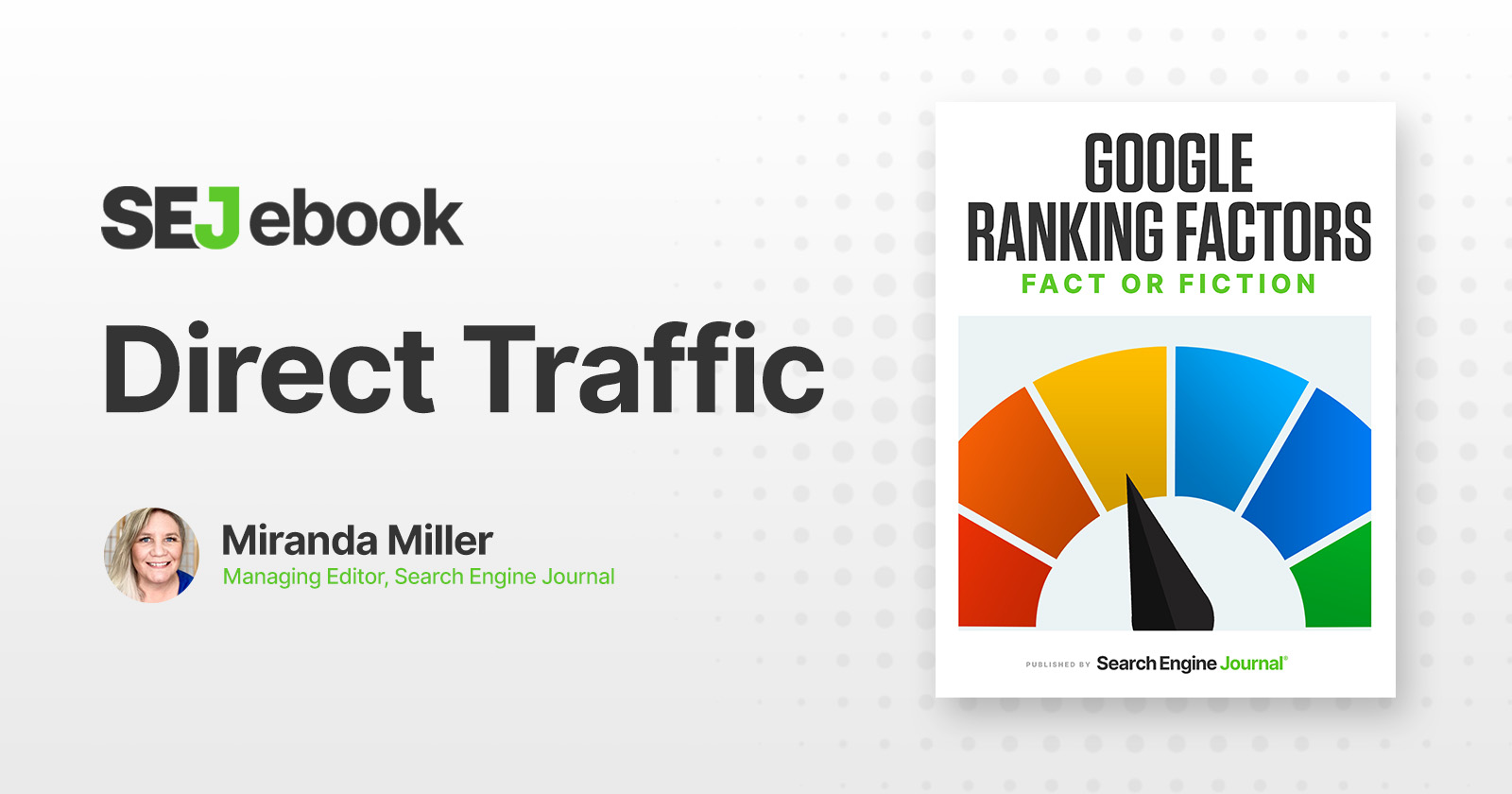 Does Google factor direct website visits into your search rankings?

To be clear, direct traffic is where a person (or bot – we’ll get to that later) navigates directly to your website’s URL versus through another channel, such as a search engine or social media platform.

They already know you, and that tells Google great things about your authority and popularity — or so the theory goes.

Let’s see what the experts have to say about this one.

The Claim: Direct Traffic As A Ranking Factor

The idea here is that a direct website visit is an endorsement of your webpage, much in the same way as a link.

Direct traffic is any site visit without an http_referrer (for one reason or another).

For direct traffic to count as a ranking factor, Google would need to somehow measure those direct visits to your site using one of its tools.

Considering it has Chrome, Google Search Console, Google Analytics, its DNS service, Google Fiber, and more at its disposal, there’s no shortage of possibilities as to where this click data could come from.

The Evidence For Direct Traffic As A Ranking Factor

A Backlinko article dated Jan 22, 2020, states, “It’s confirmed that Google uses data from Google Chrome to determine how many people visit site (and how often).”

Following that link to the source takes you to an article based on a Brighton SEO 2013 fireside chat with three ex-Googlers: Fili Wiese, Jonas Weber, and Alfredo Pulvirenti.

There, we find this in a conversation on whether Google uses social signals as ranking factors:

“…perhaps one of the biggest points of the session was that Google definitely uses Chrome user data and can track every click within it.”

If you went looking today, you would read on an authoritative site that Google confirmed it uses Chrome data to determine how many people visit a site and how often. You could see that verified by Googlers, and would logically probably believe this to be true.

In reality, what those ex-employees said was that Google uses Chrome data — not how, or whether it was in the live algorithm or testing.

All this proves is that as of April 2013, Google had at some point prior to that (because those were former, and not current employees) used Chrome data to track clicks.

If you skipped over the date, or believed that an article dated Jan 22, 2020, would be accurate at that time, you would be forgiven for thinking this was actually confirmed by Google (to be crystal clear: it was not).

This came up a lot more recently, though, and in a big way. People wrote blog posts for and against it.

There’s been a lot of back and forth over this one over the years, and it won’t change anything to rehash it all now.

So let’s go straight to two of the most reasoned pieces, which offer some pretty compelling evidence as to why the idea of direct traffic as a ranking factor is seriously flawed.

The Evidence Against Direct Traffic As A Ranking Factor

The first of those aforementioned blog posts features a video conversation between Eric Enge and Mark Traphagen, on the fallacy of reading too much into ranking studies like the one conducted by Semrush.

“It’s possible for two things to occur together but have little or nothing to do with each other. My favorite example is the fact that ice cream sales and drowning deaths are highly correlated.

So someone might conclude that increased ice cream sales causes more drownings or even more silly, vice versa. But we know the real reason the two things correlate so well.”

(They correlate because it’s summer and people are swimming and eating ice cream. But one does not cause the other to happen.)

But that doesn’t mean the traffic caused the increased ranking.

Another great resource on this topic is by Martin MacDonald, who takes issue with the quality of direct traffic as a prospective ranking signal. He explains:

“The technical definition of direct traffic simply being requests made without an http_referrer is far too vague a concept.

We’re not talking about the direct type of traffic most of the time, rather:

Finally, direct traffic is just too easy a signal to game.

As MacDonald says, “If all you need to do is strip out the referrer on all internal links to ‘fool’ Google into thinking its direct traffic, you could do this with a few lines of PHP code, or with server configuration…”

You could run bots or buy site visits. You could fake it yourself.

And at the end of the day, does direct traffic tell Google something that other signals don’t?

Direct Traffic As A Ranking Factor: Our Verdict

Google does not use direct traffic as a search ranking signal.

It’s noisy, easy to manipulate, and difficult to collect and verify.

Be wary of studies that characterize a correlation between direct traffic and search rankings as causation.

And always check the date when fact-checking! Follow each claim to its source. What was true 10 years ago may not be valid today — and it may have been misinterpreted even then.