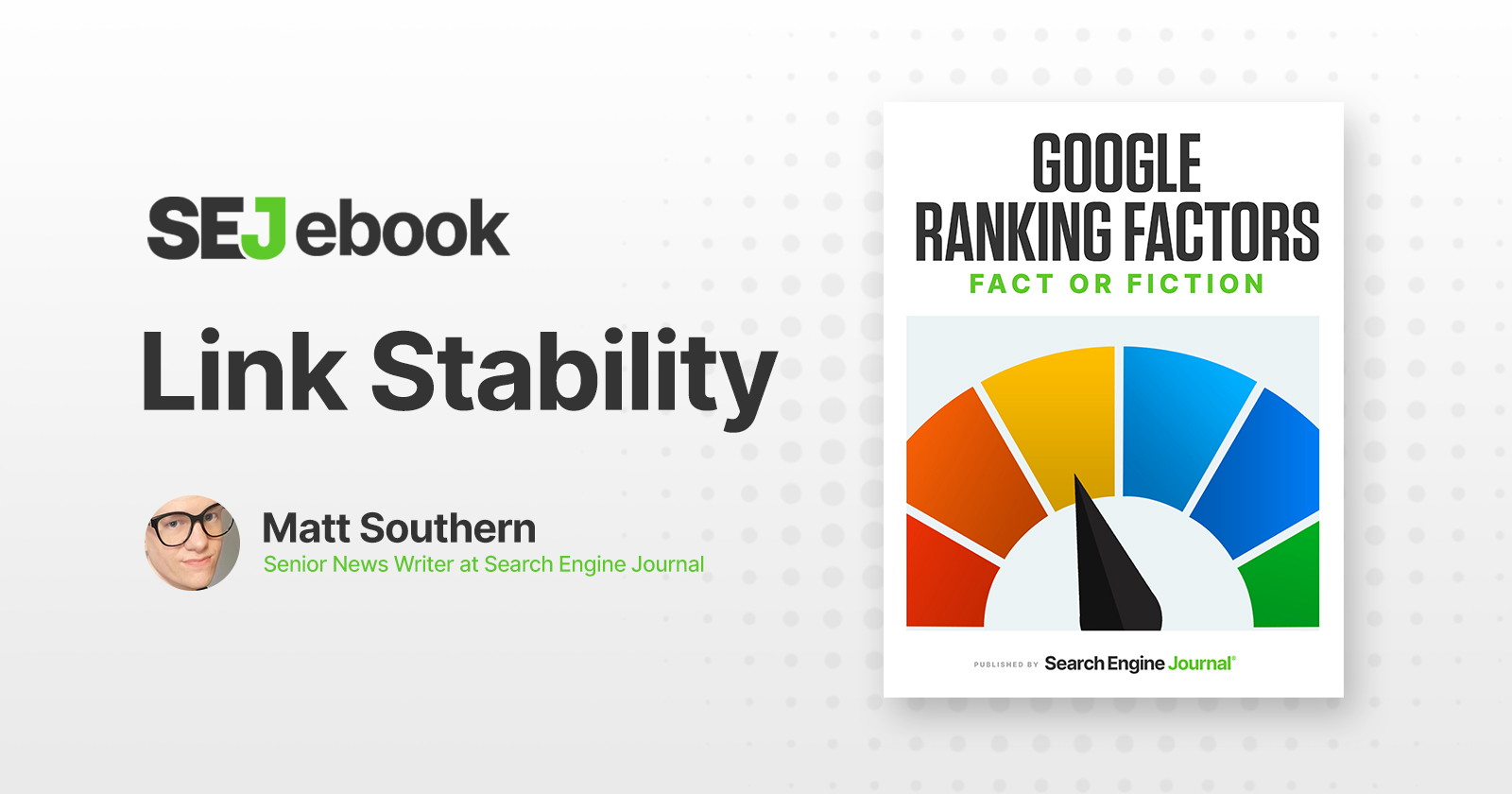 Link stability and its connection to search rankings has been in question since a patent describing “link churn” surfaced in 2006.

The stability of a website’s links, or the length of time links remain live on a page without being edited, is believed by some to generate signals that are used by Google’s algorithms.

Let’s take a look at the claims around link stability as a ranking factor, where they originate from, and whether there’s any evidence to back them up.

The Claim: Link Stability Is A Ranking Factor

A link is described as stable when it remains on a webpage for an extended period without any changes – changes that could disrupt a link’s stability include swapping out the URL and making adjustments to the anchor text.

A website is said to have high “link churn” when it makes frequent changes to the outbound links on its web pages.

Google filed a patent in 2005 describing a possible update to its search algorithm where link churn would be used as a ranking factor.

Here are excerpts from the patent from the time it was discovered in 2006:

These are the above three points simplified:

Ever since this patent surfaced, there have been claims that maintaining link stability is a factor for search rankings.

Based on these claims, should you be hesitant to adjust outbound links out of concern for this supposed negative signal?

Is there any reason to be concerned about link churn and link stability?

Here’s what the evidence says.

The Evidence For Link Stability As A Ranking Factor

Google’s patent referencing link churn was filed back in 2005. An archive remains viewable on the web, but it has since been revised numerous times.

The version of the patent that exists today makes no reference to link churn or anything similar. That’s a strong indicator that if link stability ever was a ranking factor, then it hasn’t been relevant in years.

Besides, a patent is just a patent. Companies file patents all the time with ideas that never make it to market.

Google occasionally has to remind us that not everything it patents is used in search results.

Link Stability As A Ranking Factor: Our Verdict

There’s no conclusive evidence that Google measures the rate at which websites modify their outbound links.

Further, there’s no evidence that making edits to outbound links can create a negative signal known as link churn.

Based on the evidence available, we feel confident in saying link stability is an unlikely ranking factor.

A Simple (But Complete) Guide

KPIs & Metrics That Matter For Digital Marketing Success In 2022

The Only Shopify SEO Checklist You Need To Rank Your Site