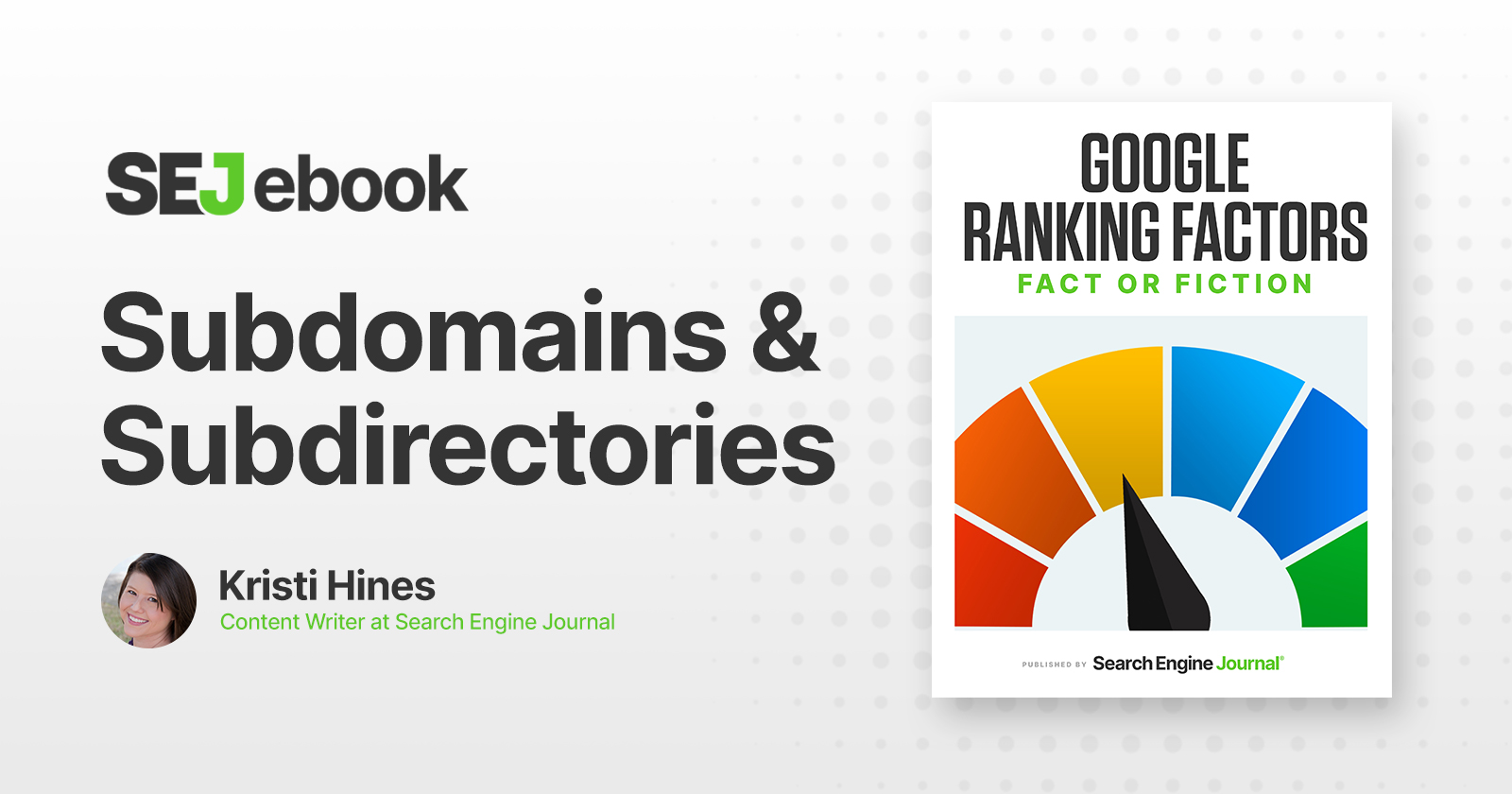 But can the use of subdomains or subdirectories affect your organic search rankings?

Read on to learn whether there is any connection between subdomains, subdirectories, and improved Google rankings.

What are subdomains and subdirectories?

Examples of subdomains include the bolded portions of the following URLs:

Examples of subdirectories include the bolded portions of the following URLs:

The Evidence For Subdomains & Subdirectories As Ranking Factors

In 2007, Matt Cutts, formerly the head of Google’s Webspam Team, wrote a blog post on subdomains and subdirectories.

In it, he stated,

“A subdomain can be useful to separate out content that is completely different.”

In 2011, in response to Google’s Panda update, HubPages moved their user-generated content to subdomains.

As reported by WSJ and Search Engine Watch, HubPages:

“…have returned to pre-Panda [traffic] levels in the first three weeks since he activated subdomains for himself and several other authors. The other authors saw significant, if not full, recoveries of web traffic.”

The Evidence Against Subdomains & Subdirectories As Ranking Factors

Google has confirmed how they handle subdomains and subdirectories on a few occasions.

“Is it better to use subfolders or subdomains?

You should choose whatever is easiest for you to organize and manage. From an indexing and ranking perspective, Google doesn’t have a preference.”

In 2013, Cutts answered the same question on how Google views subdomains and subdirectories:

“They are roughly the equivalent. I would basically go with whichever is easier for you in terms of configuration, your CMSs [content management systems]… all of that sort of stuff.”

Cutts gave an example of this, using a business that wants to use a different CMS (such as WordPress VIP or Tumblr) to power its blog.

He went on to say that historically, Google would show two results per host. This allowed webmasters to abuse subdomains, making enough to take over search results.

Google updated their algorithm to only show one or two results per domain, making it harder for subdomains to take more spots in search results.

In 2018, John Mueller, Google Search Advocate, was clear in his response as to what was best for SEO – subdomains or subdirectories:

“Google Web Search is fine with using either subdomains or subdirectories.”

He went on to discuss the difference in processing between subdomains and subdirectories:

“Some servers make it easier to set up different parts of a website as subdirectories. This helps us with crawling since we understand everything is on the same server and can crawl it in a similar way.”

With regards to subdirectories, Mueller said:

“You’ll need to verify subdomains separately in Search Console, make any changes to settings, and track overall performance per subdomain. We do have to learn how to crawl them separately, but for the most part that’s just a formality for the first few days.”

Since you have to verify subdomains separately in Search Console, but not subdirectories, it is safe to assume Google treats subdomains as separate websites.

This doesn’t mean using either subdomains or subdirectories is a Google ranking factor.

8 Problems Causing Slow Page Speeds and How To Fix Them

How to Create a Winning Blog Content Strategy in 7 Steps