Which One Is Best For You? 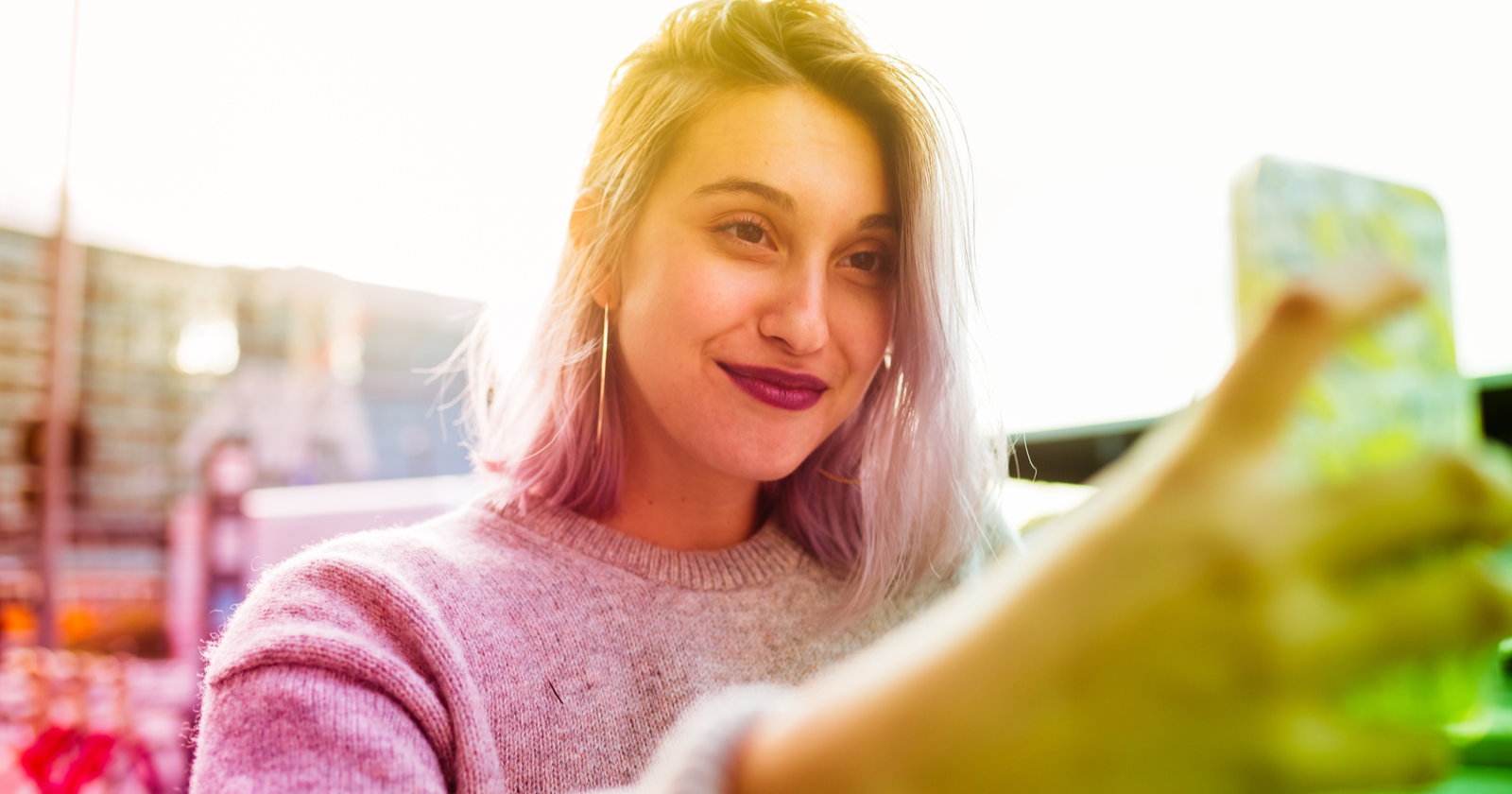 Back in October 2013, Snapchat made a big update to their platform with the addition of Stories.

Due to the success Snapchat was having, Facebook made a move to purchase the platform. But ultimately, the $3 billion offer was turned down by Snapchat’s founder and CEO, Evan Spiegel.

In an effort to compete, Facebook launched its own version of Stories through Instagram in August of 2016.

The Snapchat versus Instagram Stories debate was officially off to the races.

Brands and creators found themselves wondering which platform they should be posting on – Snapchat Stories, Instagram Stories, or both?

Even now, many still have this same question.

Overall, the premise for Snapchat Stories and Instagram Stories is the same.

Stories on each platform are comprised of pictures and videos that expire after 24 hours.

Disappearing content creates that fear of missing out (FOMO) and a sense of urgency, prompting people to check back often for new content.

When it first launched, Instagram Stories was bare bones.

It took some time before they had a large library of filters, stickers, and GIFs that competed with what Snapchat already had.

Fast forward to 2021, and their features are mostly the same because whenever one platform adds something new, the other seems to follow suit.

How To Choose The Right Platform For You

So, how do you decide which one to use when they’re so similar? Well, there are two key questions to ask yourself before committing to one or the other.

Here’s what you need to figure out.

1. Where Is Your Audience Spending Their Time?

The key to succeeding on social media is to be and create content where your audience is hanging out.

Otherwise, you’ll be creating content for all the wrong people.

And what’s the point in that?

Figure out if your audience is more likely to use Snapchat Stories or Instagram Stories.

Factoring in each platform’s demographics will help you out with this. Another option is to simply ask them.

Send out a survey to get to know your audience better and ask which social media platforms they use the most.

That’ll tell you where you need to be!

2. Which Platform Will Play To My Strengths?

One thing that a lot of people don’t consider when choosing which social media platforms will be part of their strategy is how they can play to their strengths.

Some platforms favor certain types of content and styles over others.

Because Snapchat and Instagram Stories are so similar, look at the features each platform offers to determine which one will be the best for you.

Have fun, play around, and experiment.

If one clearly sticks out as playing more to your strengths, pick that one.

Now, let’s talk about each individual platform and some of the benefits each one has to offer.

The Case For Snapchat Stories

Snapchat paved the way for the platforms that now offer Stories that expire in 24 hours.

After Snapchat led the way, Instagram, Facebook, and even Twitter all created their own versions of this in an effort to compete with the social networking giant.

Even though Snapchat is still performing well according to the data, it does seem to be faltering a bit when compared to its competitors.

As of late 2020, Snapchat had 530 million monthly active users around the world as of April 2021 with over 210 million “snaps” being created on the platform every day.

Although it seems like it isn’t talked about as much, Snapchat did see significant growth over the course of 2020. Before you start recording new content with Snapchat, you have the ability to add lenses (or filters).

You can also set a timer to make filming easier or add music ahead of time to sync your content to a chosen song.

On Instagram, you can’t add music until the editing stage. Snapchat provides you with access to a variety of popular songs and access to your own custom sounds.

To brighten up and add to your Stories, there are plenty of playful stickers to choose from.

Here are some benefits of Snapchat Stories:

It’ll help you connect with your younger audience.

If you’re trying to reach those who are on the younger range of your target demographic, they’re likely on Snapchat.

By being active there, you have plenty of opportunities to show your brand’s human, playful side and form new connections.

Many brands appear to have moved away from Snapchat in favor of Instagram Stories, but that doesn’t mean you should abandon it, too.

This simply means you have less competition and could use the app to stand out from others in your industry.

Snapchat allows users to create custom geofilters that can be placed as decorations on top of Story posts.

It’s a great way to draw attention to local, brick and mortar businesses and events in the area.

Plus, people can find you on the Snap Map and watch your Stories, again helping to generate more exposure.

The reality is, Snapchat is still thriving.

And if your competitors aren’t active on the platform, this is your opportunity to jump on board and start connecting with your target audience.

Sharing fun, creative content will help you attract people and build the all-important Know, Like, and Trust Factor.

And in 2020, users spent an average of 30 minutes per day using Instagram.

In terms of demographics, females make up 57% of Instagram’s users, while males make up 43%. The largest age group actively using Instagram are those aged 25–34.

But what about Stories? Well, 500 million people use Instagram Stories every day, with Stories from brands seeing an 86% completion rate.

Those stats make it an Instagram feature you’ll want to take advantage of since the average user is watching brand Stories and even making purchases from there. In the screenshots above, you can see some of the features that Instagram Stories has to offer when creating content.

Before you start filming, you can choose different modes like Boomerang, Layout, Hands-Free, and Photo Booth.

You can use also pre-made templates (found under the “Create” option) like the “Quick Draw Challenge” to have a little fun with your followers.

When editing, you can add stickers, a timestamp, the temperature, and even GIFs.

They’re part of a bigger platform.

On Instagram, there are so many ways you can create permanent content. You can publish photos or videos to your feed and upload videos to IGTV or Reels.

Instagram Stories are able to complement everything else you share without all of your hard work disappearing in 24 hours.

You’ve probably noticed that Instagram puts the Stories of those you watch often at the front of the list.

However, you’re also seeing them based on timeliness, as in how recent the posts are. You can generate more views when you’re front and center.

Stories are great for instant feedback.

Getting to know your audience can shape your content strategy not just on social media, but for your blog, YouTube, and your podcast.

Adding a poll, quiz, questions box, or slider can help you get feedback.

Don’t forget to check your analytics too to learn more about your followers. That’s something Snapchat lacks.

Overall, most brands already have a built-in audience on Instagram. That means they don’t need to start all over with building an audience from scratch on another platform.

If you’re already using it as part of your strategy, it’s worthwhile to share a few Stories throughout the day.

Which One Deserves Your Attention?

The battle of Snapchat versus Instagram Stories really comes down to where your audience spends the most time.

Sharing content on social media isn’t going to do you much good if you aren’t reaching your desired audience.

If you see the value in using both platforms, the good news is that you could easily cross-post content.

For instance, you could film content in Snapchat (taking advantage of their better video editing options), save it to your camera roll, and then upload it to Instagram.

This way, you can be on Snapchat and Instagram Stories without having to do twice the work.

Give both Stories features a go and see how they work for you!

How Does Machine Learning Work in Paid Search Marketing?