25 Facts You Didn’t Know About Baidu 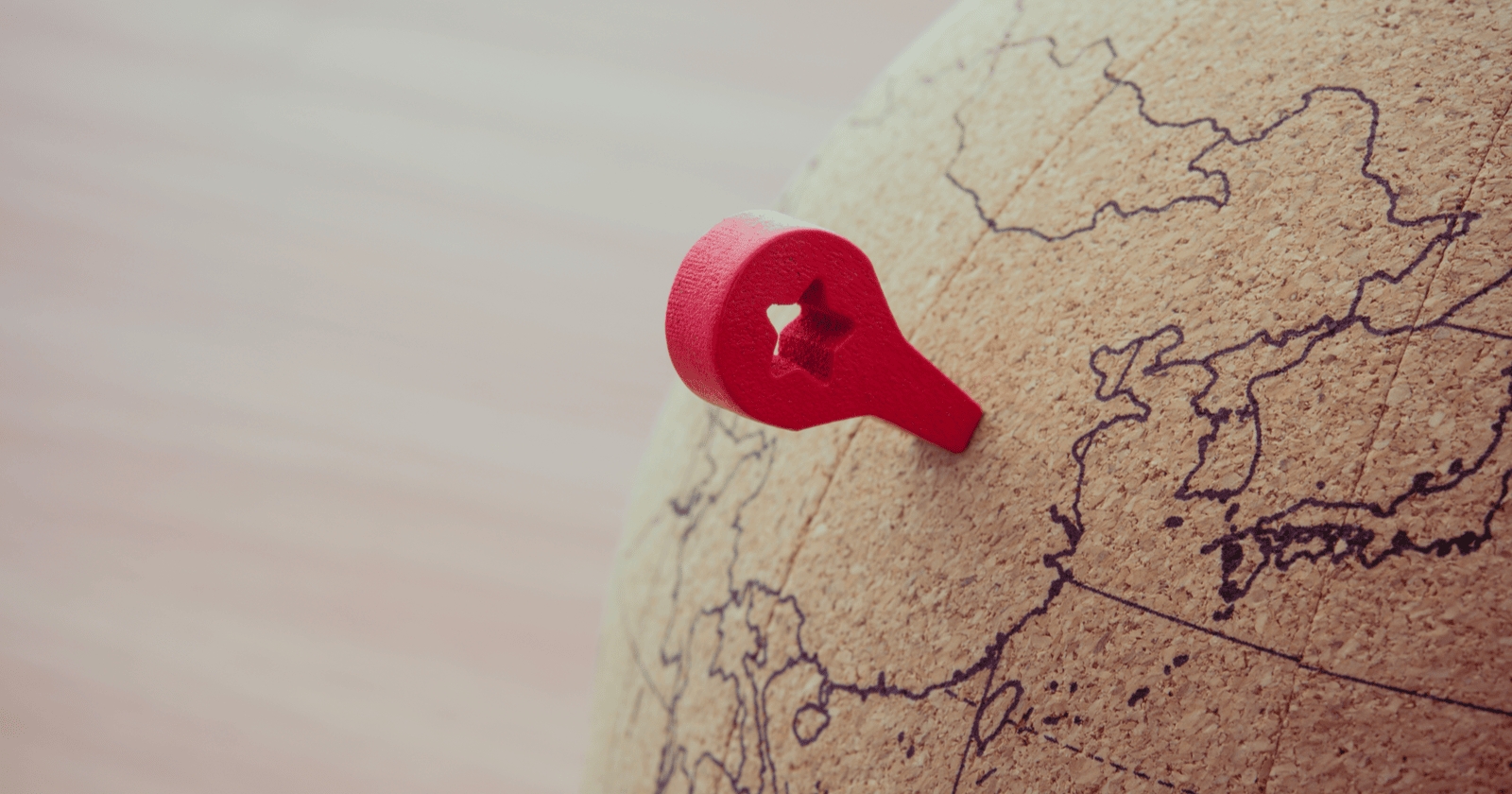 But that isn’t the case in China.

Baidu, not Google, controls the majority of the search engine market in China, amounting to billions of searches each month. It even brings in some (though not many) users from the United States and Japan. Are you starting to get intrigued about Baidu?

Check out these fun facts and statistics about China’s dominant search engine.

Baidu is more than just a search engine – it’s a massive Chinese tech company that specializes in artificial intelligence and internet-related services and products.

In fact, Baidu is one of the largest AI and internet companies in the world.

Since Google is banned in China, unless you have a VPN workaround, most Chinese internet users rely on Baidu as their search engine of choice.

Top 25 Fascinating Facts About Baidu You Need to Know

Baidu has a long history of ups and downs, acquisitions, growth, and intrigue. Here is a list of some of the facts that make Baidu what it is today.

1. How Did Baidu Get Its Name?

The name Baidu was taken from a beautiful poem called “The Green Jade Table in the Lantern Festival.” Written by Xin Qiji (1140-1207), this haunting poem portrays the search for one’s dreams amidst chaotic distractions.

Here are the lines (which vary in English depending on the translation) that inspired the name Baidu:

“…Hundreds and thousands of times, for her I searched in chaos / Suddenly, I turned by chance, to where the lights were waning, and there she stood.” – Xin Qiji (translated)

Baidu allows you to achieve a constant search for the ideal, and the word literally translates to “hundreds of times.”

2. How To Pronounce Baidu

The word Baidu is made up of two Chinese characters:

The first character is pronounced “bai.” The second one can be pronounced “do” or “to.” If you want to be technically accurate, it’s actually a blend of “d” and “t.”

Baidu’s founder, Robin Li, came from humble beginnings. As the only son of two factory workers in Yang Quan, Li had no capital to start a big business.

He studied computer science at Beijing University, but after the campus was shut down due to pro-democracy protests, Li moved to Buffalo where he earned his master’s degree at the State University of New York.

Li’s first job was at a company called IDD (a Dow Jones subsidiary). During this time, he created a site-scoring algorithm called RankDex.

In 1999, Li was invited back to China to celebrate the 50th anniversary of the communist regime. He met his biochemist friend Eric Wu, and together, they decided to capitalize on China’s growing internet industry by starting Baidu. The rest is history.

4. Baidu Got Its Start With Silicon Valley Funding

When Baidu came to life in 2000, it caught the attention of major venture capital firms.

With $1.2 million in funding from Integrity Partners and Peninsula Capital, Li and Wu returned to Beijing to launch their project.

Li and Wu originally intended Baidu to be a search service to other Chinese portals. However, they were facing an uphill climb.

Luckily, they got the idea to launch Baidu as an independent site.

Just like Google, Baidu sported a simple, no-nonsense homepage. However, there was a key difference between the search engines.

Unlike Google back then, Baidu allowed companies to bid on space for ads. By 2004, Li and Wu started making a profit.

7. Robin Li Is The 46th Richest Person In China

As of August 2021, Robin Li’s net worth was $8.6 billion. Baidu’s founder has secured a position on several Forbes lists over the last few years, including:

In February 2021, Baidu’s share price reached a staggering closing price of $339.91, although that peak quickly dropped immediately afterward. Today, the average stock price is around $157 HKD. Screenshot from Macrotrends by author, September 2021

Baidu isn’t restricted to focusing solely on giving internet users the best way to find information online. It also brings in revenue from other business ventures as well. In fact, the company is concerned about the general health and welfare of the Chinese people.

In 2018, Baidu revealed high-tech AI-powered cameras that spotted eye conditions that lead to blindness. These include glaucoma, macular degeneration, and diabetic retinopathy.

In 2019, hospitals began using Baidu’s cameras to run eye screenings on patients. The technology can generate a screening report in a matter of seconds.

10. Before The AI-Powered Cameras, Baidu Launched A Chatbot For Doctors And Patients

Baidu is a huge player in China’s health market. Two years before it launched the AI cameras for spotting ocular fundus, it introduced Melody to hospitals.

Melody is a chatbot that allows patients to give their health information to doctors. With it, doctors and patients can communicate in a faster, simpler way.

“Baidu ended 2020 on a solid note with our business benefiting from improving macroeconomic environment and the digitalization of industrial Internet. Our focus on innovation through technology is paying off with Baidu Core non-marketing revenue growing 52% year over year in the fourth quarter.”

He went on to add,

“As we enter 2021, Baidu is well-positioned as a leading AI company with strong Internet foundation to seize the huge market opportunities in cloud services, autonomous driving, smart transportation, and other AI opportunities. We also hope to capitalize on our huge Internet reach with more non-marketing services.”

In Q2 2021, Baidu reported that the number of monthly users logged in to its app had surpassed 580 million.

13. You Must Have A Mandarin Website To Rank On Baidu

Baidu prefers websites that are hosted on Chinese servers, and it can index only simplified Chinese characters.

Baidu isn’t great at distinguishing multiple languages, which is one of the reasons why it gives priority to 100% Chinese-written websites.

14. Baidu’s Ranking System Is Based On A Website’s Homepage

If you want better rankings on Baidu, put all of your energy into your site’s homepage.

You can give your landing pages a boost by making sure they have direct links on your homepage, as well as the header and footer.

15. Baidu Is The 5th Most Popular Website In The World

Baidu currently ranks at #5 on Alexa. This puts Baidu above both Facebook and Wikipedia!

This resonates with the fact that Chinese users typically believe that if a company can afford to pay for ads, it must be reliable.

While that’s certainly an impressive portion of the market, Baidu is contending with increased competition from the #2 search engine, Sogou, which holds 14.02% and is predicted to continue closing the gap in the near future. Market share of search engines in China as of August 2021

18. Baidu Analytics Is Used By More Than 7.6 Million Websites

Here are some of the top websites using Baidu Analytics, according to BuiltWith: 19. Baidu Was The First Chinese Company To Join The Partnership On AI (PAI)

Baidu joined forces with major companies like Amazon, Apple, and Google, all on a united mission to explore the benefits of AI for society.

However, it broke off the partnership in 2020. Baidu’s public reasons for the withdrawal were the cost of membership and recent financial pressures.

20. The Most Popular Keywords On Baidu

Considering the chaos that rocked the globe in 2020, it’s no surprise that the COVID-19 pandemic and face masks were at the top of the list of online searches on Baidu.

Mars exploration, Kobe Bryant’s death, and tensions with the United States were buzzworthy topics that also made the top 10 Baidu searches:

Chinese websites end with .cn. If you’re thinking of getting a 100% Chinese website, you first need to register your company in the country.

22. Robin Li Warned Google There Would Be Stiff Competition If It Ever Returned To China

In 2018, Google was seriously considering making a return to China with modifications that fit the country’s strict censorship laws.

Google raised the white flag and ended up canceling its plans for a censored Chinese search engine, instead choosing to step back and let Baidu continue mostly uncontested in China.

23. Baidu Is More Than A Search Engine

Not to mention Baidu’s contributions in the AI and medical fields we discussed earlier.

24. Baidu Is Part Of The Biggest Autonomous Driving Program In The World

It partners with huge companies like Ford, Intel, Grab, and Honda to provide AI technology for driverless cars.

Baidu has even been testing robotaxis in major Chinese cities, including Shanghai, and the company is pushing to get more driverless taxis on the roads as a mass-market rollout after the testing phase is complete.

25. Baidu’s Reach Is Expanding Beyond China

Baidu, Alibaba, and Tencent (collectively known as B.A.T.) are three of China’s biggest companies, and they’re extending their influence far beyond China.

All three are hiring U.S. talent and investing in AI startups in the United States.

Is Baidu The Search Engine Of The Future?

There’s no denying Baidu’s current hold over the Chinese market and its impressive growth over the years.

While it’s probably too early to be translating your website to simplified Chinese, Baidu and its influence should still be on your radar since it does help to shape the marketing landscape and push back against Google.

If you’re hoping to reach a sizable audience in China, Google isn’t going to get you very far.

Now that you know more about Baidu, you’re better informed to make the right global marketing decisions for your business.